Things to Do Exploring

Navigate thru all the sub categories of the website

There are six ghost towns in the Princeton area, three of which can still be visited. Near Granite Creek is Blakeburn. This community began as the site of an underground coal mine in 1912. A mine explosion in 1930 killed 45 men and by 1940 the mine was closed. Blakeburn contains the largest collection of buildings and structures on Lodestone Mountain and they await the curious history buff. 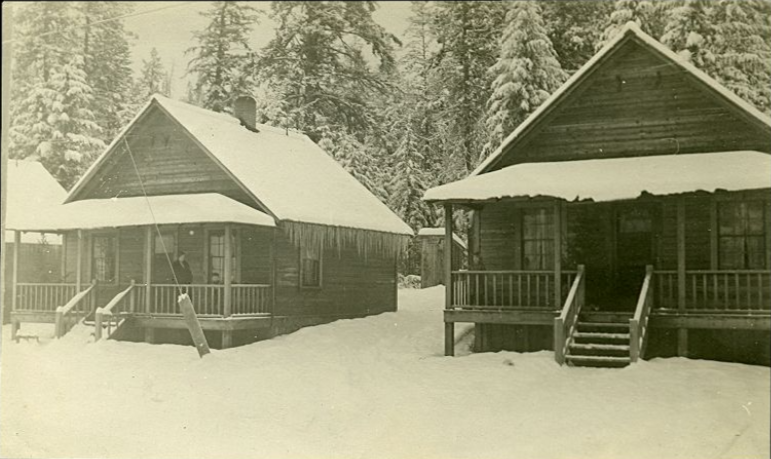 Constructed in 1916, Allenby was the site of the 2,000 ton concentrator and mill plant used to process ore from Copper Mountain. Many concrete foundations remain in Allenby today, along with ruins of what once was a busy company town that had 68 homes and all the comforts required by a community.
To find out more about these ghost towns, visit the Princeton and District Museum and Archives. The Pollard Wing of the Princeton and District Museum and Archives houses one of the most extensive mineral and fossil collections in British Columbia, and contains a separate research section. Joe Pollard's extensive collection comes from the Princeton area, North America, and around the world.
The Pollard Wing also houses a special butterfly collection containing the moths and butterflies collected at the river level on the Similkameen one summer. It is a perfect place to trace the geological and botanical history of the region. School groups are welcome.
The most popular part of the Pollard collection is the fluorescent minerals. When the short and long ray black light is shone upon them, minerals such as calcite, fluorite, quartz and willemite glow and sparkle in wonderful shades of orange, yellow, green, blue, purple, and white. A trip to Princeton would not be complete without a visit to the numerous lakes within 30 minutes of Princeton or to the Similkameen and Tulameen Rivers. Float down the Similkameen River from Princeton to the Bromley Rock Recreation Area or fish and swim at Otter, Osprey, Allison and 47 other lakes.